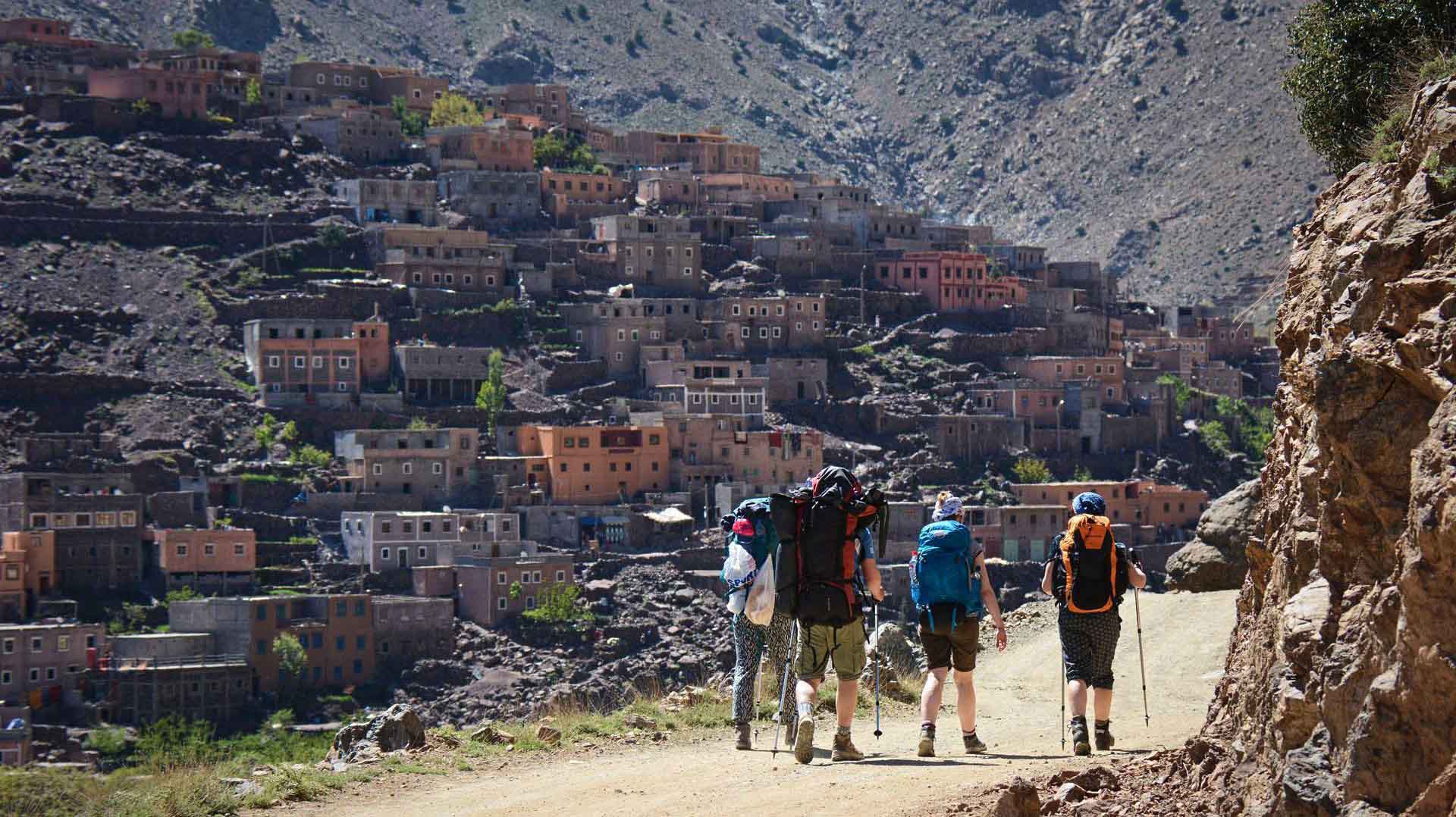 We will welcome you at Marrakech airport. Transfer to the riad or to the hotel. Depending on arrival time, the rest of the day will be at leisure. Our driver will be available for an orientation drive of Marrakech. Overnight accommodations at riad.

After breakfast it's an early departure to Ouarzazate, a former caravan town on the silk and salt route in the eastern foothills of the Atlas Mountains. Ouarzazate is known as the Gateway to the Sahara. First of all, we will travel through the dramatic landscape of the High Atlas Mountains passing through the berber town of Taddert and over the 2260 meters high Tizi-in-Tichka pass. We will stop at the famous Kasbah Ait Benhaddou, 30 kilometers from Ouarzazate. The kasbah is one of the most intriguing red earth castles lining the ancient road of the Kasbahs and UNESCO world heritage site. We continue on our way to Ouarzazate. We will stop to visit the Taourirt kasbah former home of the famous Pasha Glaoui. The painted ceilings, arches, beautiful small windows with wrought iron works and woodwork helped to make it another UNESCO site. In the afternoon, enjoy a private visit of the Atlas Corporation Studio, a well known cinematographic centre renowned for blockbuster productions including "Asterix and Cleopatre", directed by Alain Chabat and the Oscar-wining "Gladiator", directed by Ridley Scott. Overnight accommodation will be at the hotel or riad in Ouarzazate.

After the breakfast we will travel through the Road of the thousand Kasbahs - the fascinating sand castles. We will stop at Kalaat Mgouna, the rose’s city known for roses and its annual festival during the roses harvest in May, ерут continue to Dades valley. Leave the Dades valley towards Tinrghir and the Todra valley. Watch the panoramic views of the old mud Berber villages overlooking the valley. Get to the Gorge and walk under the 300m high red cliff, where many Rock-climbers come to enjoy their sport. Continue our trip to Erfoud and Rissani, then the village of Merzouga where you will spend a night in Riad.

After visiting the village and oasis of Merzouga, you’ll visit the Gnawa people, originally slaves brought from Sudan, to experience their music and lifestyle. Then we continue to see the panoramic view behind the Erg Chebbi of sand dunes so as to take a lot of pictures and to see how the colour of the dunes change by the light of the sun. After that to the village of Mirdani - an old village in ruins. Also stopping to see the mines where coal was extracted and the large majority of the population of Merzouga worked to earn a living. A very interesting day which is spent in or very near the dunes, the highest dunes in Morocco. After the village of Mirdani we continue our trip to the Bedouin families in their tents at Kem Kem. After having tea there we proceed to finish the tour to the fossiles and the oasis of tissardmine. In the afternoon we will come back to Merzouga, where your camel will be awaiting you. You mount your camel with the help of an experienced camel man, to explore the mysterious sand-sea of the Erg-Chebbi. Here you will spend your night under the stars, or if you prefer, in a luxury camp.

In the morning we will ride the camels back to Merzouga. You’ll have breakfest and shower in your riad in Merzouga and travel to Fes via Errachidia along the magnificent Ziz Gorges carved through volcanic rock, and through the Tizi Ntalghamt Pass to Midelt. Then continue our journey to Azrou, a berber village in the Middle Atlas Mountains. Before it we stop to see the Barbarian apes in the famous Cedar forest. On to Ifran “The French village”, a stop for a picture or drink then drive to Fes where you will be accommodated overnight riad.

The whole day is devoted to tour this UNESCO World Heritage City. Sightseeing of Fes includes the medieval medina with its Attarine and Bou Anania Medersas, the Nejjarine fountain, the Moulay Idriss mausoleum, and the Karaouine mosque. Afternoon check into riad.

In the morning departure towards Beni Mellal, crossing of the plains of Tadla and Haouz an agreculture area, arriving evening in your accommodation in Marrakech.

Marrakech is the second oldest imperial city, known as the pearl of the south. After breakfast we visit the historical Marrakech: the Menara garden, the Saadian tombs, the Bahia Palace, the Koutoubia Minaret and the Majorelle Gardens named after the famous French painter, who constructed here his art deco villa and started the botanical gardens. In 1980 it became the residence of Yves Saint Laurent. Afternoon: visit the famous Djemaa El Fna square with its surrounding souks and handicraft quarters. In the evening come back to your riad.

We depart for the Romantic seaside town of Essaouira after breakfast. It's a charming, very old port town on the Alantic coast known for beaches. We'll see the modern art, traditional crafts and the unique blend of architectural styles. Essaouira is a typical Portuguese harbor portraying influences of both Moorish and Portuguese design. Overnight at riad in Essaouira.

After an early breakfast we drive you to Marrakesh airport for your return flight. 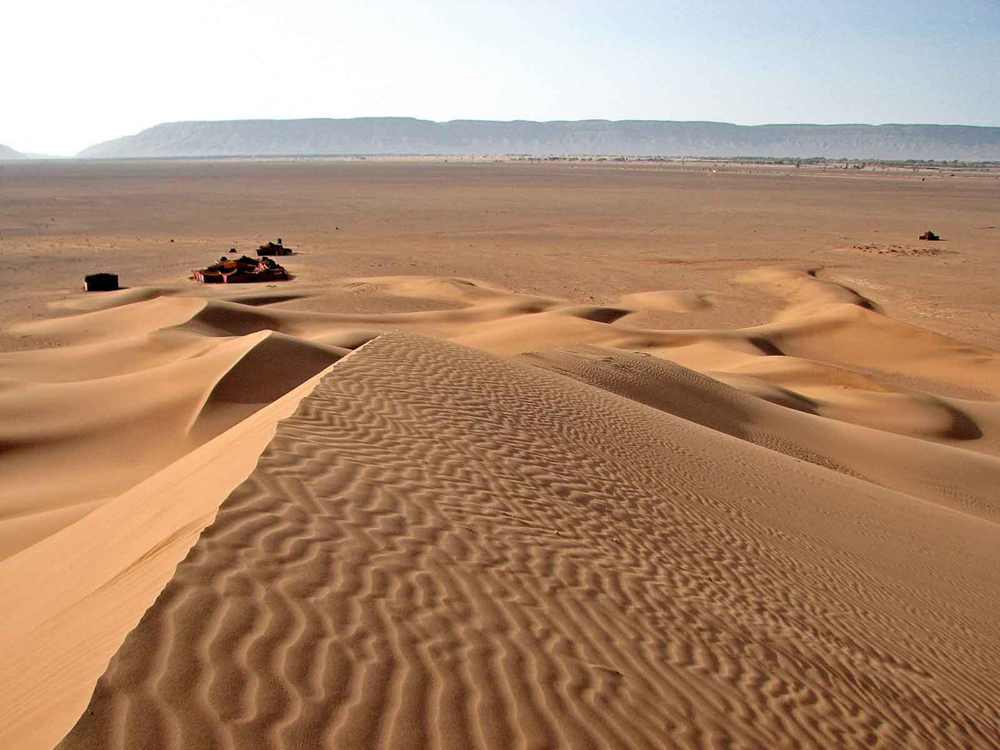 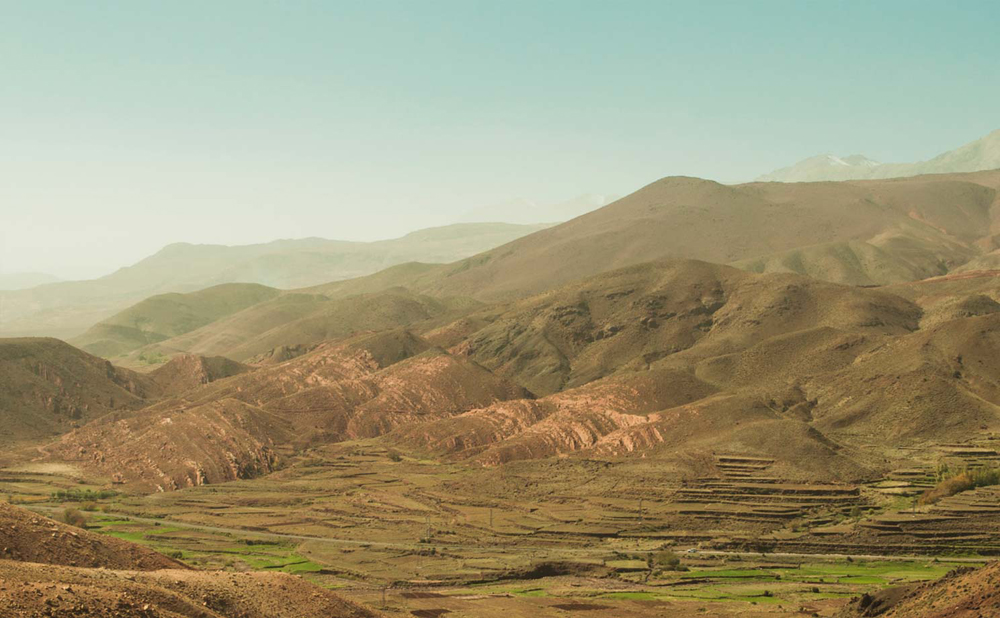 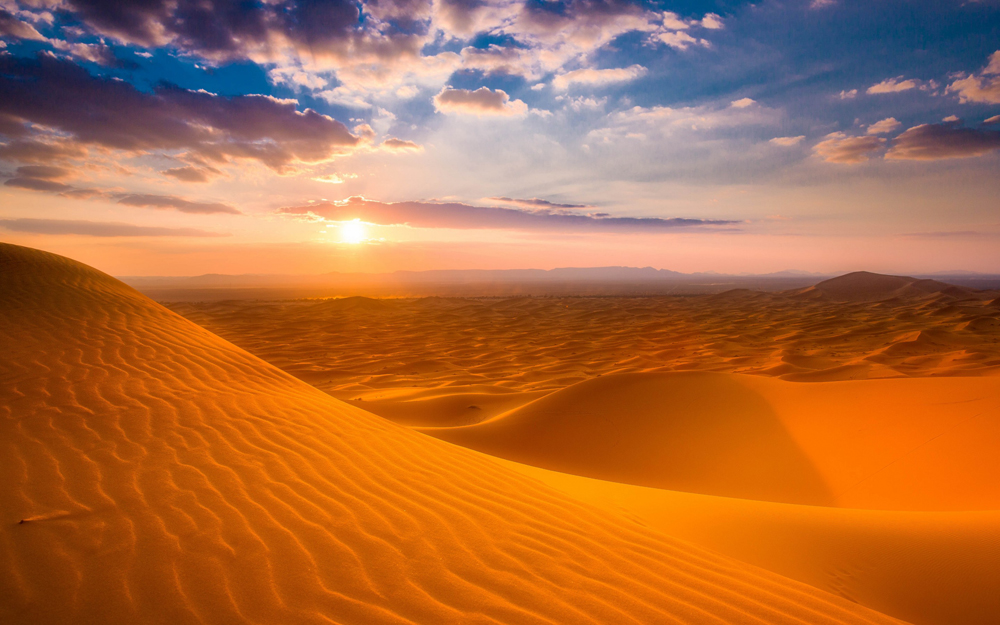 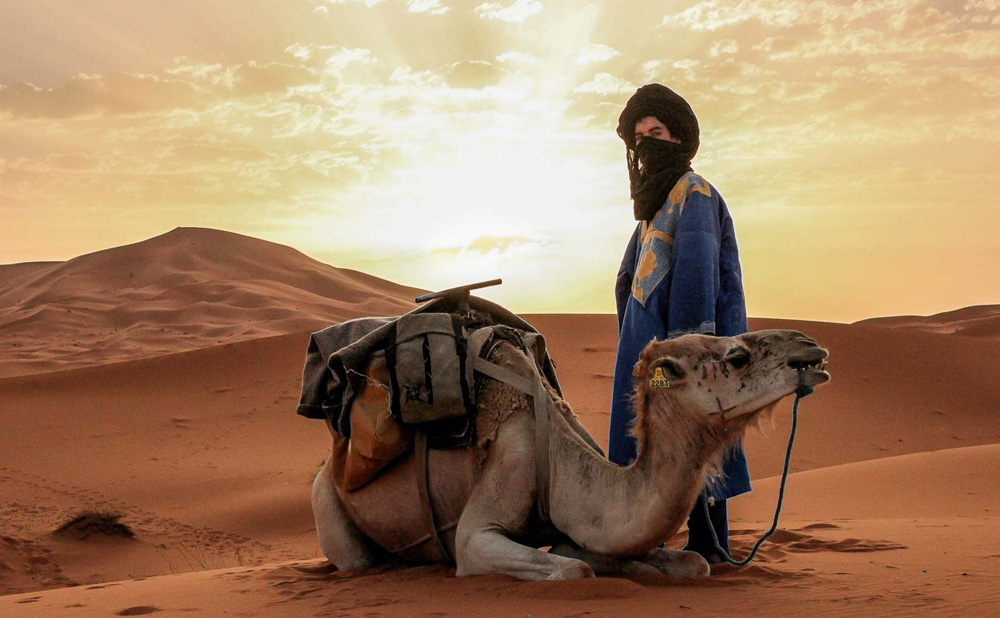